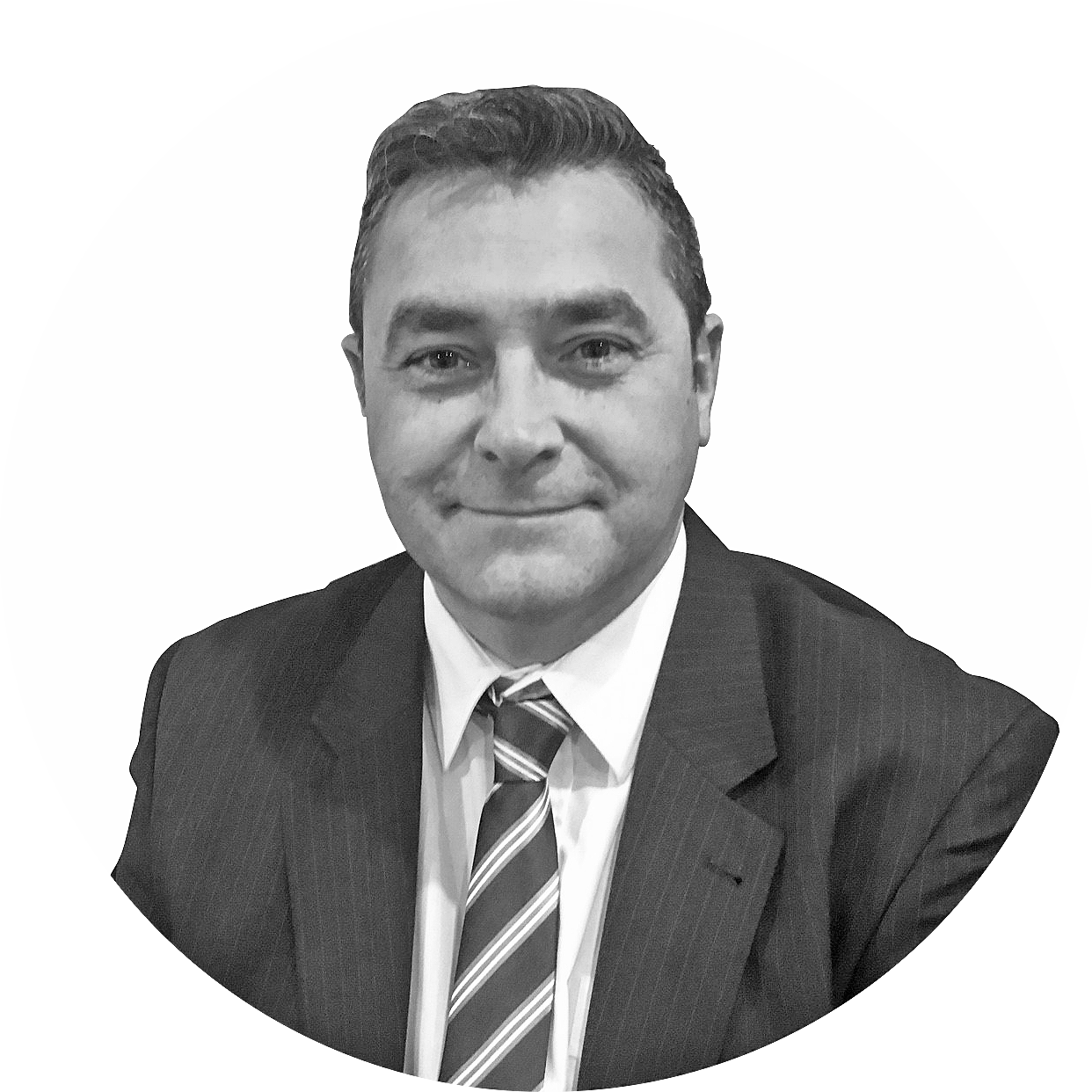 Pόl served a traditional apprenticeship in JG Kincaids of Greenock, is a Chartered Marine Engineer and a recognized expert in production efficiency, reliability & risk with 30 plus years’ experience in upstream oil & gas operations with a proven track record of performance improvements. With the deep domain knowledge required to protect revenue and optimize operating costs in a sustainable and cost-effective manner. He has worked for a diverse range of operators, delivering technical insight and solutions to improve quality of risk on upstream assets. 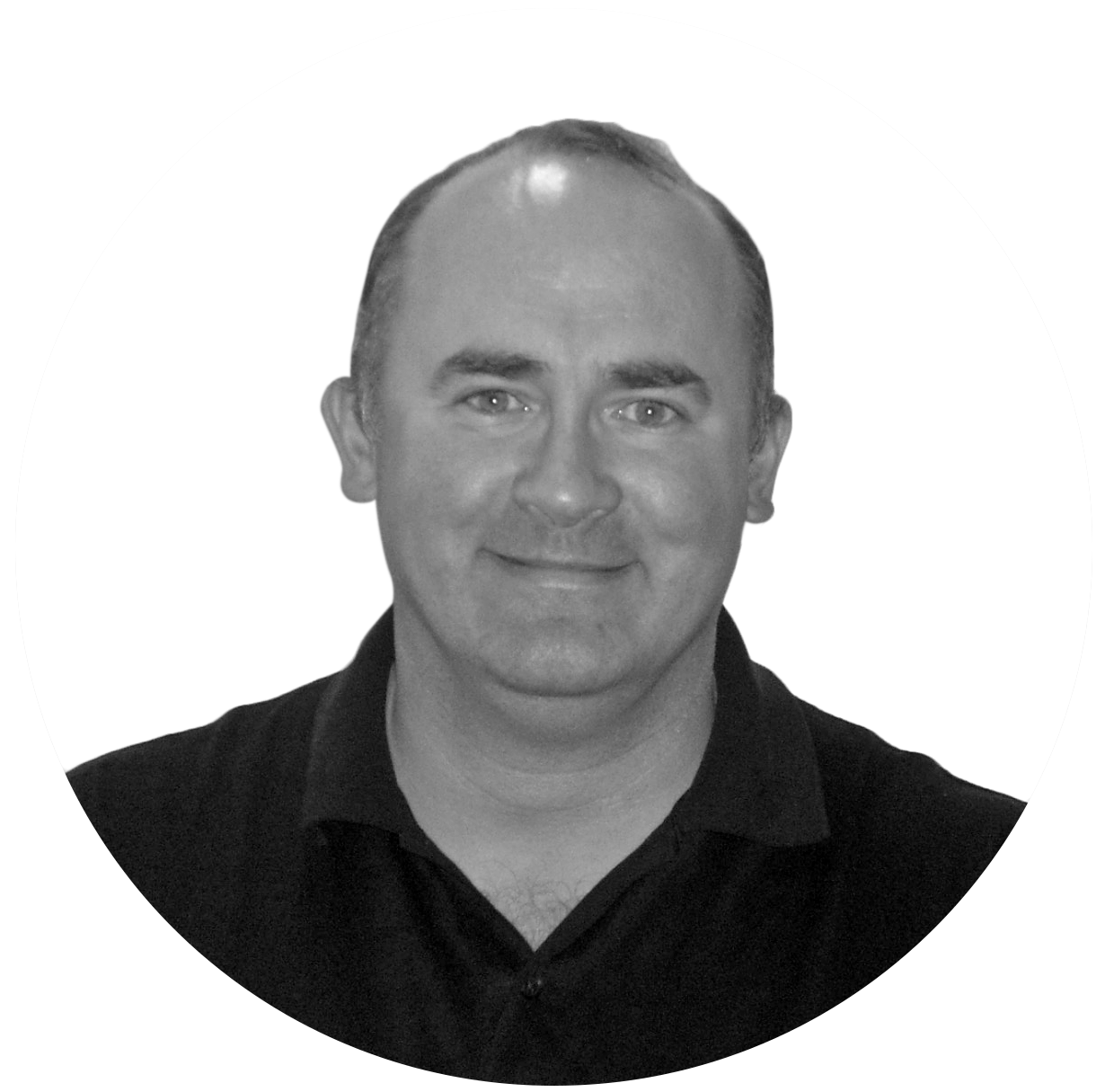 James is a technical authority in process and production chemistry focusing on safety, operational and commercial performance.

Starting his oil and gas career in 1992; in roles from field chemist to senior consultant, he continues to deliver production enhancement, asset integrity and flow assurance solutions to global offshore and onshore operators.

In addition to his technical experience, he has a track record in leading high-performing sales and customer support teams, developing effective coaching, teamwork and communication skills which are often undervalued in our technically focused industry.

Fluent in Dutch, he is an active volunteer with SPE, sitting on the 2018 HSE sub-committee for the Awards and Recognition program and at weekends, is poolside putting his coaching skills to good use at the local swimming club. 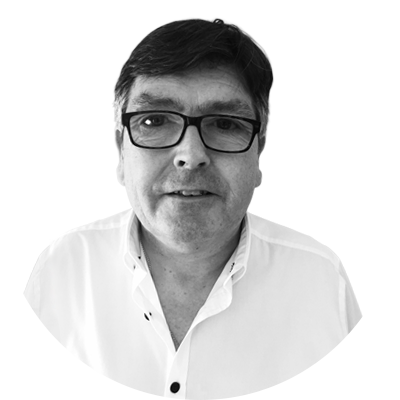 Jim is a marine engineer and management professional, a fellow graduate of the JG Kincaid apprenticeship he worked for IBM for most of his career. Travelling widely and progressing through the ranks. Jim was a one of the respected partnership that took a loss making business division and turned it into a unit employing over a hundred employees and a profit making division with a multi-million pound profit. 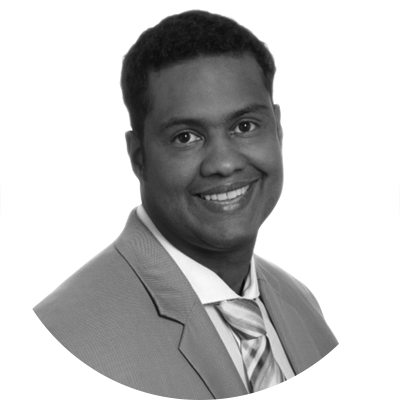 Eduardo has over 15 years’ experience in working in Reliability Engineering and Safety for the Oil and Gas, Railways, Mining, Transportation and Aerospace participating in major projects in South America, Europe and Middle East.

He has worked with leading companies such as Vale S.A and Petrobras S.A in Brasil, Reliasoft in Poland and Kuwait, Bombardier in Germany, Genesis in London,  BQR in Israel and Philotech/ Airbus in Germany.

In Brazil, Eduardo was not a wonderful football player, but he has learned how to have passion for Reliability and Safety, to be happy in the workplace and at home. In Germany he has learned how to be precise disciplined and on time. In London he learned how to be late and in a rush. In Middle East he learned to be sincere, dependable and support colleagues. Despite his rugged appearance he likes nothing better than to relax with yoga and is often to be found helping old ladies across the street. 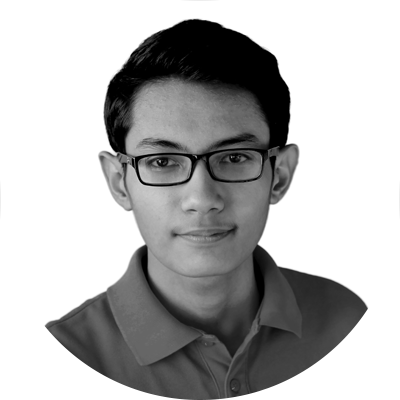 Ivan is a Web Application Developer that tries his best to be updated in the latest trends on web development. A graduate of Bachelor of Science in Information Technology Major in  Database System from Mindanao State University – Iligan Institute of Technology. He has knowledge on programming languages such as PHP, HTML, CSS and JavaScript. He loves to watch movies and listen to music. He loves to sing but only in the bathroom. He loves to make his own phone and laptop skin, and loves to try any Do-It-Yourself craft. He believes that he has a lot to learn and needs to grow as an individual. 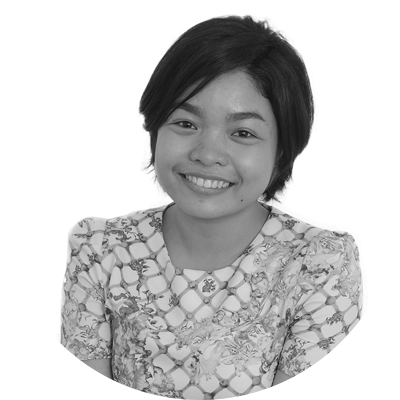 Zarah is a quirky software quality assurance specialist who has a curiosity of a cat and a deep love for everything that is about art & design, may it be traditional, digital, print or web. On top of that, she also loves to travel and is a passionate about self development and coaching colleagues in the application of new technologies. 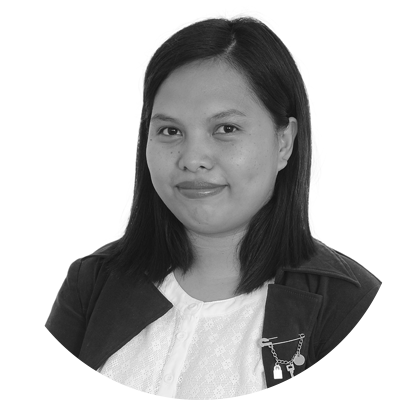 Shiezen lives in the Pearl of the Orient Seas. A Computer Science graduate and a software developer wizard. A guru in both front and back-end development. Leads a team of computer geeks. Married to a computer geek. Raising a future computer geek. Loves any mind challenges. Loves to swim but doesn’t know how to. Tried her hardest to get a 100 points in a karaoke. Most of all, she loves to explore. CURIOUS can be her sobriquet. 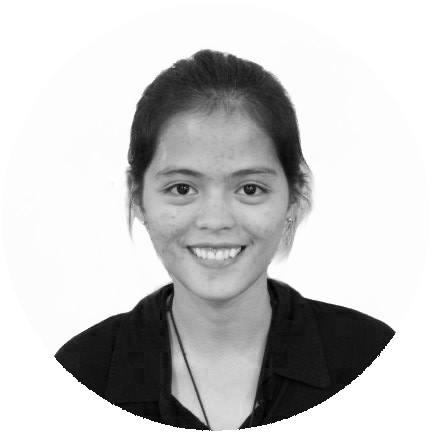 Renalyn is a Web Developer passionate about building innovative and efficient web systems. Strives to develop web systems that are fully functional but still easy to maintain. Renalyn can juggle up front-end to back-end dev tasks, but no no on the design. She believes in the principle of working smart than working hard. Eager to learn so many things in and outside web development. Renalyn is an observer and has this fascination with ideas, meanings, implications, representations, …..entities and relationships. 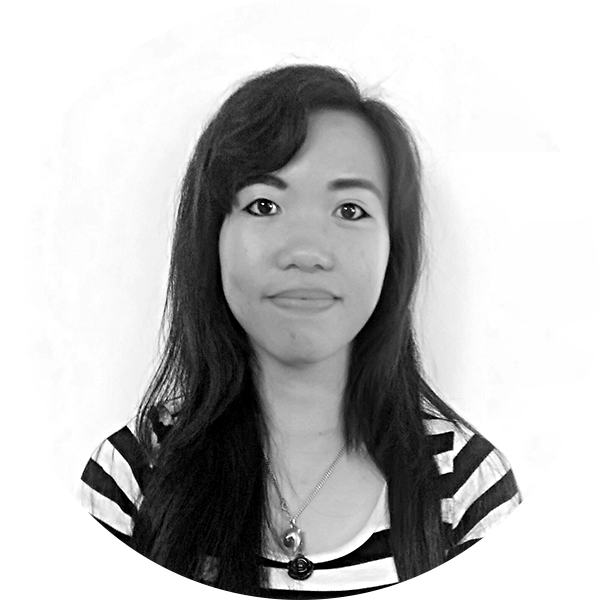 A girl named “Guy”. An aspiring web developer who enjoys taking on challenges to develop her problem solving and critical thinking skills. She likes learning new stuff and knowing more today than yesterday. She is somewhat a perfectionist and hates failing at anything, but, that doesn’t mean she’s never failed at anything. Failure for her is a learning experience that helps you grow as an individual. She believes that failure is inevitable and you just need to find a way to work around it and hope for the best. She is a nature lover who likes animals, likes to travel anywhere and wants to try extreme sports like parasailing, hand-gliding, skydiving, and etc. She wants to experience great thing in life and have fun. 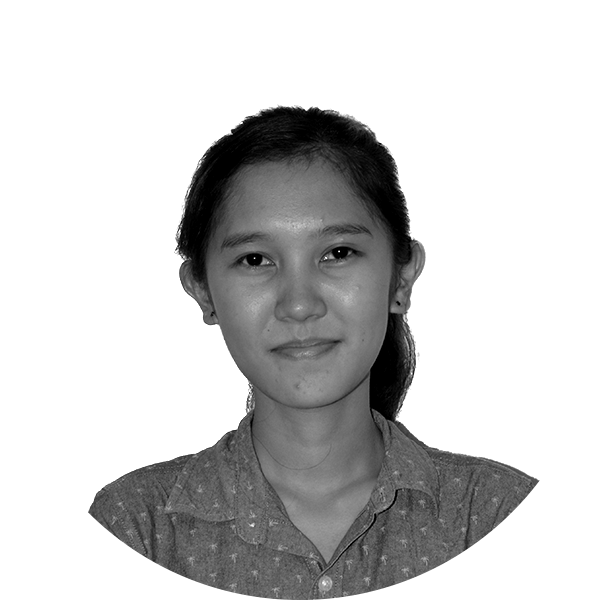 Myzah is a web developer who likes to imprison  herself inside her room during weekends with her best companion, internet. A blogger wanna be. Hobbies include drawing (even she doesn’t draw well), blogging, reading books and blogs and  watching movies or documentaries. She’s a graduate of Bachelor of Science in Information Technology Major in Database Systems. Got inspired and motivated to pursue web development during her college days.  Has a strong desire to contribute in developing efficient web applications. She try her best to learn new things, either by her own or while working. 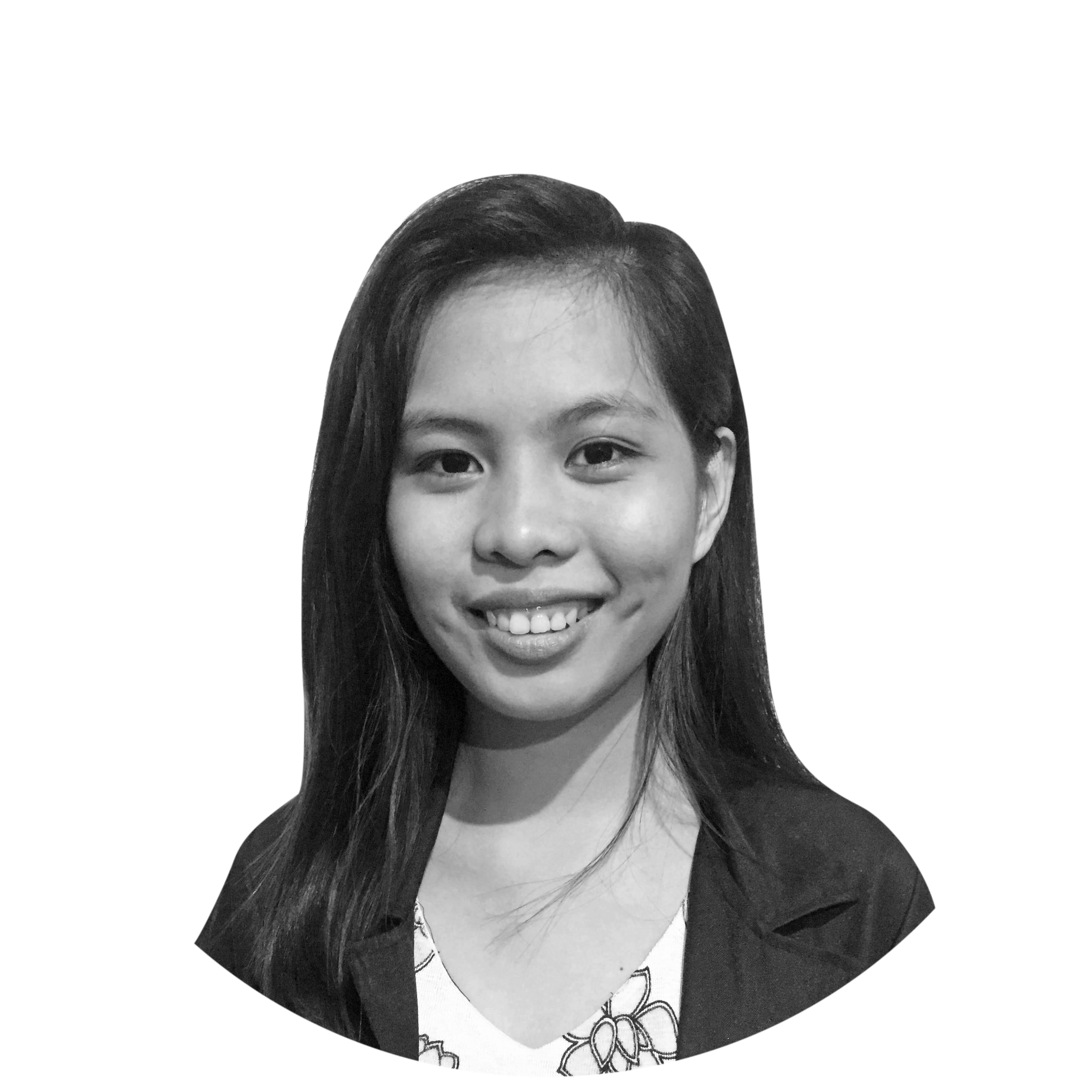 Justine is a web developer who strives and challenges herself to write flexible and maintainable code that clients can rely on for years to come. She loves it when her inner kid takes the lead.  Her ideal weekend would be staying indoors in her sweatpants and getting lost in the pages of a good book, or binge-watch a good series. 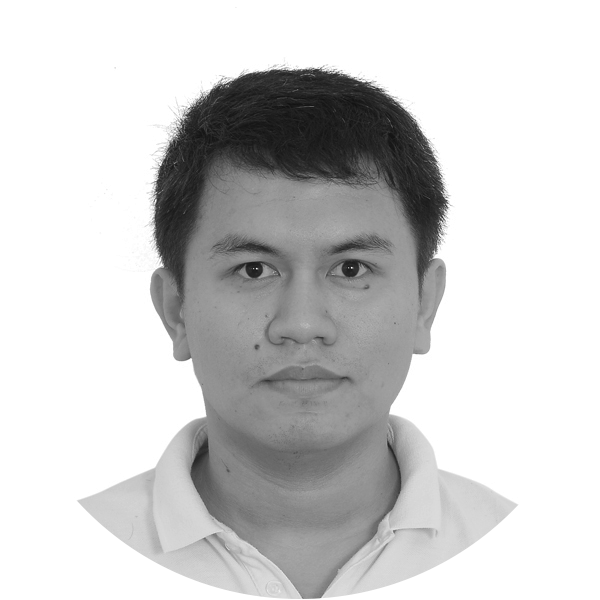 Mark is an Information Systems graduate and a software quality assurance specialist. He is committed to ensuring that all established quality standards are followed. In addition, he loves to listen to music while working. Basically he enjoys the outdoors, traveling, restaurants and socializing with quality people. Lastly, he is confident, attractive & a comedic person. 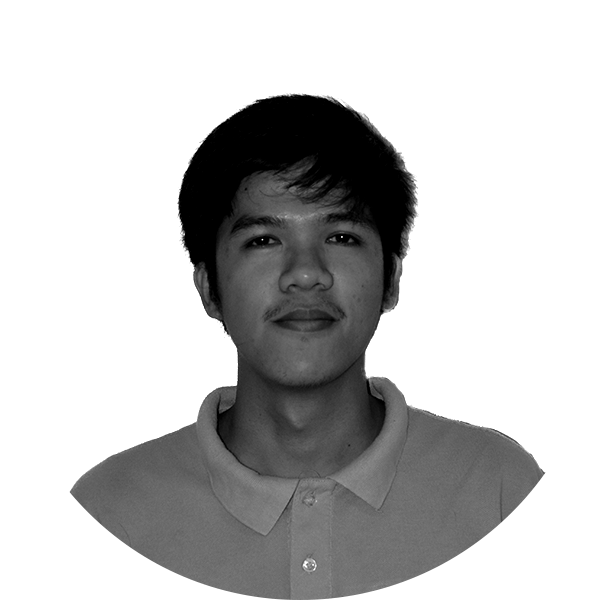 I am a graduating student of MSU-IIT taking up BS-Information Technology major in Database systems. I have interest in almost a lot related to computers. I am basically a java programmer. I’m a jealous type of guy. When I see someone writes code and I don’t understand it, I want to learn what they’re writing and if possible become a better programmer than them. I’m easily irritated especially when there’s something that I want to do and I can’t do it. However, I think of it as my strength in fulfilling the task that is given to me because I will always do my best to finish it. I have this hidden desire to break an application to know it’s vulnirabilities. I want to write beautiful code. Not in a sense that it is good to the eye when deployed but I want an impenetrable application which lead me to the interest in Penetration Testing (Ethical Hacking).

When I’m bored, I usually watch anime or read manga or surf the web to read some forums where I can might get to learn something new. I am very much thirsty for knowledge. Not just any knowledge/information but something that can be useful to me.